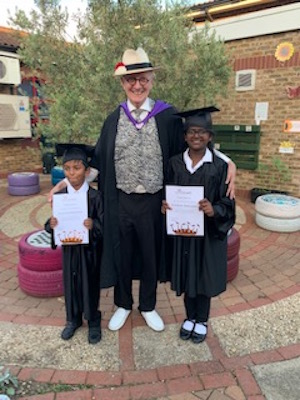 Chris Waterman, Political Adviser on Children and Young People for the Liberal Democrats

Chris has worked as a Parliamentary Researcher for the past 20 years.

Chris has spent over sixty years in education, first as a whining schoolboy (having got over the mewling and puking stage) and subsequently spending time at the University of Warwick, where he read loads of books (but not enough, it seems) getting a moderate degree in English and American Literature. He did a PGCE at Reading before teaching for eight years in primary schools, while teaching adult literacy and numeracy classes at Newbury College. His MEd was a socio-historical examination of childhood.
He spent the 1980’s as an education officer in a London Borough before taking a belated gap year (two in fact) commuting to Stockholm to work as a management information consultant for companies including IKEA and Tetra Pak.

Two years of corporate life were sufficient, so he returned to London to work for the 33 London Boroughs as Education and Arts Officer. During this period he set up the London Film Commission (now London Film), London Play (now no longer) and the London Library Development Agency.

He became the first Executive Director of the Association of Directors of Children’s Services and was heavily involved in the implementation of the Children’s Plan. Chris gave up the day job in 2010 to devote more time to policy analysis and a more eclectic portfolio.

He has worked as a Parliamentary Researcher for the past 20 years, working informally to promote the importance of education and children’s services in the Commons and the Lords. He is currently Political Adviser on Children and Young People for the Liberal Democrats.

He is Secretary of the All-Party Parliamentary Group for the Teaching Profession, which he set up in 2015 (www.appgteaching.com).
He visits China on a regular basis as Chairman of BIEA, promoting the Early Years Foundation Stage to Chinese kindgergarten.

He is the Executive Director of Investors in Families (www.iifwales.com) a quality mark for schools working with the whole family, which is available to schools and other settings across Wales. Investors in Families for the secure estate (www.iifsecureestate.com) is being rolled out across the UK.

He writes regularly for the trade press, commenting on public policy issues and appears regularly on BBC tv and radio.

His hobbies include writing and performing poetry in primary and secondary schools (www.animalstails.net) For after dinner entertainment, Chris writes and performs bespoke lyrics to match any occasion (www.lyricopia.com). His supergroup QuEUen has released its first CD, featuring “We will block you” and “Fat-bottomed boys” (https://www.youtube.com/watch?v=hWzNmLlezTg).

As a lean and slippered pantaloon, he founded Meek and Mildtm to develop a range of absolutely ineffective placebos, including: Eurofen™; Quittin™; Mogg-a-don™; EU45™; and Brexitazepam™. (www.meekandmild.co.uk)

His latest anti-social enterprise is Westminster Wines, which has just launched a set of Husting Hampers to celebrate the Conservative Leadership Handicap (www.westminsterwines.com). He has been awarded the honorary title Parliamentary Satirist.

Chris Waterman, Political Adviser on Children and Young People for the Liberal Democrats